"Its not what you look at, its what you see" Thoreau 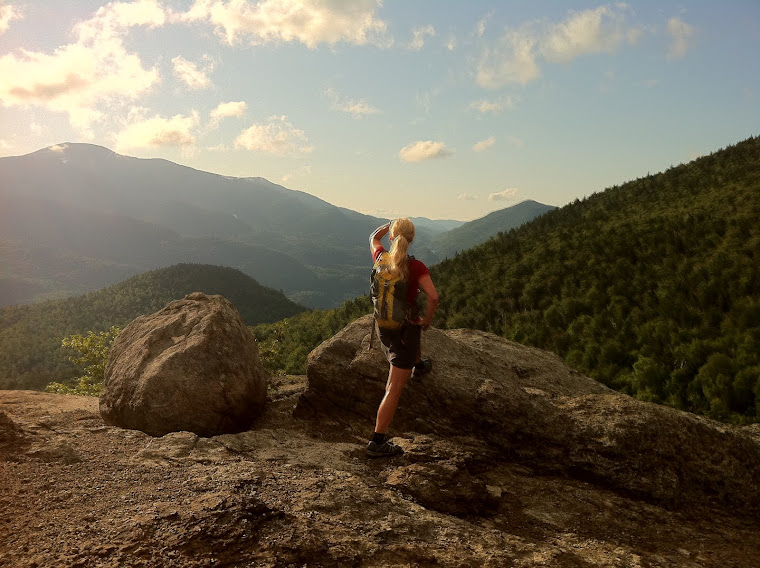 Working the Montrail shoes pre Oil Creek Race - Rogue Racers were the shoe of choice for me! 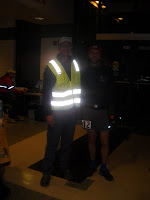 "It always seems impossible until its done" Nelson Mandela


Oil Creek 50k/ 100k/ 100 mile trail race is held in Titusville PA. Oil? In PA? Yes, that is true - first place for oil to be used for industrial purposes - the oil boom! Kind of cool and sentimental running through an oil ghost town! Definitely gives a different kind of twist to a race.

There are many things that make this race special:

1. The involvement of the Over the Hill Gang. This is a group that has been maintaining the Park trails for many years. They are filled with knowledge and history of the trails. Being at the packet pick up the day before was nice to learn about the trails we were about to explore. I truly enjoyed talking with them and the pride they have going out every Wednesday on their weekly hike (and sometimes with a chainsaw!). Not so sure I liked hearing about all the bears and the porcupines ...we'll get into that later....

2. The amazing volunteers. A good race is only good due to those who give their self to help many achieve their goals. It can be a thankless job but most do this knowing in their heart that they made a difference. No one is more appreciated in this world, than someone who lightens the burden of another as they are achieving a goal that may seem unachievable at times. This can make such a difference to keep a runner running to the finish line!

3. Well stocked aid stations with themes. You name it, they had it. Even my friend Ryan who ran with me for awhile was raving about the grilled cheese sandwiches! (that would not be for me though!). Gluten free chicken broth surely saved me. And the themes..disco man at groovy town was a sight to see after being in the deep dark woods!


4. A well marked course. There must have been in the thousands of flags on the course. Impossible to get lost (and we will get in to that later...my personal gps default, ugh!). And the signs were funny and plenty.

5. The sentimental aspect...running through the old oil boom trails with towers still up, pipes still in place, old buildings absorbed by the woods...just cool... 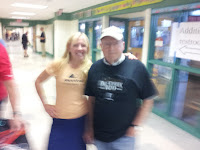 One of the Over the Hill gang workers. All excited to be a part of the Oil Creek race.

Yes, it was that beautiful! Spectrum of Fall colors. 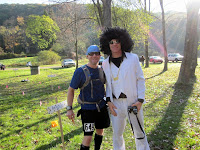 
Well, two weeks prior to the Oil Creek, I started but did not finish the Virgil 100 mile race which is within an hour from my home. This is a tough race, also well put together but definitely not to be taken lightly. If the stars were aligned, I would have finished. More like, if I had a good stomach I would have finished. But my sensitive stomach held me back again. I can only conclude that I was having a celiac reaction due to having something with gluten in it within the prior days. This surely does a number on me in many ways. Around mile 70 (close to) I decided to call it a day and spent the next couple of days trying to get my body functioning back. MY body was not sore other than the intestinal issue, so I decided to go for the 100 mile Oil Creek race 2 weeks later if I could get my tummy back in gear.

The two weeks leading up, probiotics, strict eating, hydrating and taking Udo's Oil was what I did to give this race a go. It was a true test to see if this problem can be solved.


I started out the race with my friend Ryan. We talked a lot , loud, laughed and were just being ridiculous and silly. At the same time, making sure we were hydrating. It was a bit hot, muggy...but the word we both agreed on is "clammy" and spent quite a while discussing just what clammy is.


Around the 50k mark Ryan and I parted ways. I wasn't sure where he was but all along thought he would be catching up. We never met up again. So, the remainder of the race, I was pretty much alone. Really alone. Alone to the point of having to talk to myself (not making sense I'm sure) and as the night approached, a bit of imagination going on. Would see a man in a black shirt and shorts up ahead and yell to him...but, he wasn't there. Took me a few miles to realize it! Heard alot of noises in the woods, and yes, yes....I heard a bear. I am sure of it. So, that just got me going and I was really talking to myself then - crazy talk for sure.


Now, talk about Poor Planning...my headlight died! It was terribly dark and trying to navigate with a small yellow halo dim is almost impossible. So, for a couple of hours I was slow moving and frequent tripping until a wonderful man gave me one of his flashlights. Not the easiest to run with a flashlight on such a technical trail but definitely better than nothing!


OK, three 50k loops - and now for the final 7.7. At this point, I was just tired. Just wanted to finish. So I started on the trail again. And as I climbed another hill (Oh, these were called many other names than hills....) being alone again, wondering if I was suppose to go another place for the 7.7 loop and not repeat the 50k loop. So after running up for a good 20-25 min, I turned around and ran as fast as I could until I could find another person to confirm my way. And I ran and ran and ran and finally at the bottom of this hill was the next runner who confirmed "yes this is the right way". And now, I am just mad! And words came out that were not nice to myself as I made it up the ......hill again! Finally settling until, Truth Hill, or Hope Hill or my Hill of choice name. And this hill just kept going and going. When finally I got to the top I was so ready to be at the finish line. On the stretch of the bike path (about 1 1/2 miles ) I plugged away to the finish. WOOOOHOOO.


OK Oil Creek - looking forward to meeting you again next year! And thankfully, my tummy was cured - but now we need to work on some good batteries and navigation skills.....


"You have to wonder at times what you're doing out there. Over the years, I've given myself a thousand reasons to keep running, but it always comes back to where it started. It comes down to self-satisfaction and self achievement." Prefontaine
Posted by Jill Perry at 11:22 AM

Some pretty GREAT kids and Mom who trys to keep up! 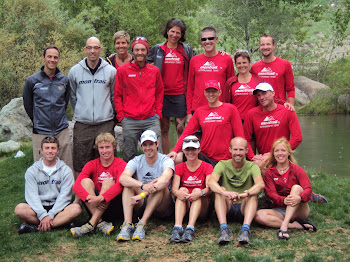 Proud to be on their Team!

Shoes are the absolute #1

My kids and I

the place I love to spend time with them - running in the woods!

My son Vincent at a cross country meet 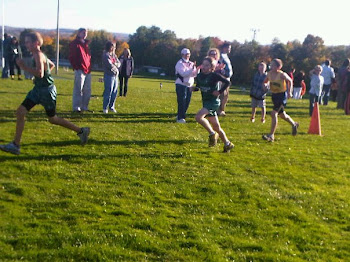 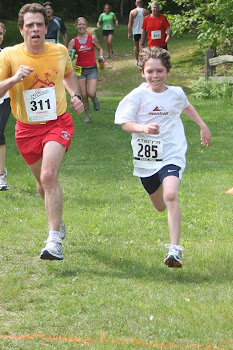 Mom in the backgound - go get 'em Patrick!

Below are my Sponsors which I am grateful for! 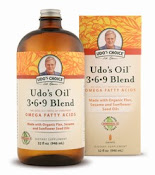 Serves my energy and tummy well! 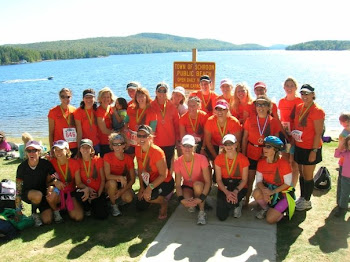 These Women are tough and strong! 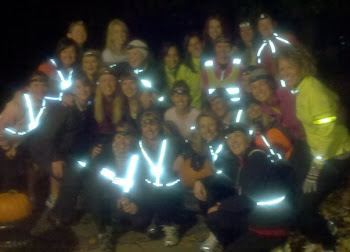 What do I love for running...